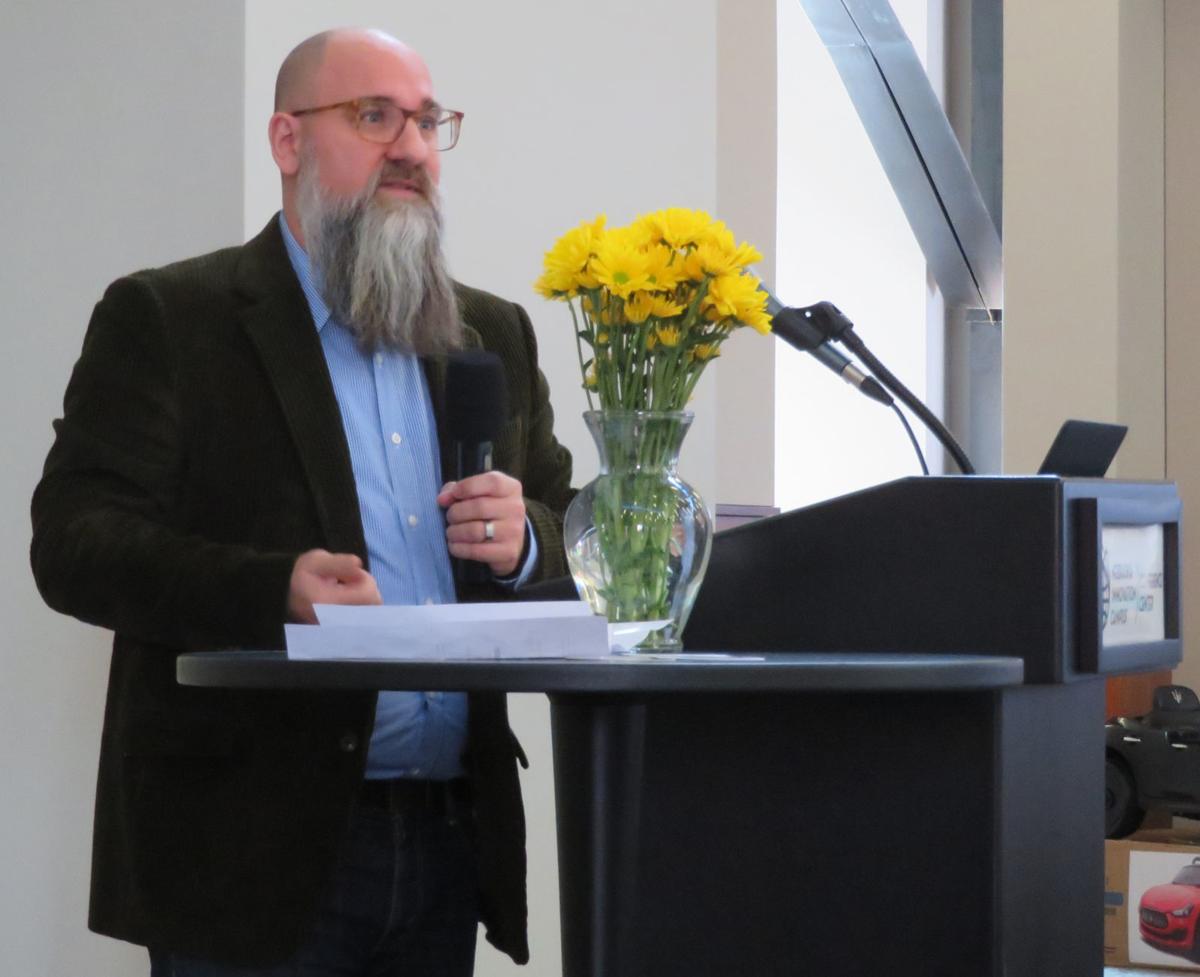 Soon a family will move into its own new home in Lincoln’s South of Downtown neighborhood, thanks to Rotary 14 and a fundraising event that raised nearly $60,000. A crowd of 400 people gathered at Nebraska Innovation Campus on Saturday, Feb. 8, for “Rise.Shine.Give.2020,” a fundraising brunch sponsored by Lincoln’s oldest service club.

“For 110 years, our club has worked to provide great things for our wonderful community,” said AshLea Allberry, co-chair of the Rotary event. “This year’s event included a silent auction, a lottery drawing, a number of sponsors buying tables and donating funds, as well as people pledging financial support.”

The brunch is the club’s biggest fundraising event for its foundation, which now has more than $2 million in assets. In recent years, the Club and its foundation have focused their efforts on Everett Elementary School and the neighborhoods that surround that school.

Half of the money raised during each year’s event is used for a project, and the other half is placed in the Foundation for future grants. This year’s project is to help the South of Downtown Association, NeighborWorks Lincoln and the Lincoln Community Foundation build a home that will be sold to a family to help transform the neighborhood.

“More than 90% of the residents in this area are renting their housing,” said Dan Marvin, director of Lincoln’s Urban Development. “We find that when there is a mix of ownership and rentals in a neighborhood, it adds stability and livability to a neighborhood.”

“Our Association has knocked on more than 4,000 doors in the past three years,” Ryba added. “We’ve learned that one of the greatest needs in the area is affordable housing. This project, with Rotary 14’s help, will begin a transformation for this wonderful neighborhood.”

Rotary 14 initiated the Saturday brunch in 2016 on the suggestion of Brett Ebert, a long-time member of the club. The “Rise.Shine.Give.2020” event was planned and produced by a committee that included club members Lisa Sypal, Lisa Froelich, Penny Johnson, Kate Holman, Mark Stephens and Mike Wortman. Ebert and Allberry co-chaired the committee.

In recent months, the South of Downtown Association purchased a neglected property at 1105 E St. The house had been neglected for nearly a dozen years, which means that it’s no longer livable. It will be torn down and a new home built on the property. A recent article in the Journal Star highlighted the issue. See journalstar.com/news/local/one-block-of-e-street-two-problem-properties-and-a/article_791c30c2-dd07-568e-9f09-cce5392071eb.html.

“I’m so proud of our club,” added President Mailani Veney. “For several years, we’ve focused our efforts on Everett Elementary and the neighborhoods around that school. Funds from our first two years of fundraising have been used to refurbish the school’s playground, and last year we helped the South of Downtown Association establish a Community Art Hub. We’re helping build pride and stability in this part of Lincoln.”

Rotary 14 and the Rotary 14 Foundation have had a hand in many community building projects since the club was founded. They helped raise funds to build Lincoln General Hospital (now Bryan West), refurbished the playground at Elliott Elementary School, built the iconic gazebo in the Sunken Gardens and provided financial and volunteer support for many of Lincoln’s nonprofit organizations.

Later this year, the Rotary 14 Foundation will announce a major gift of $200,000 to yet another community improvement project. Each year, club members recognize a Nebraskan of the Year (in 2019 it was JoAnn Martin of Ameritas), they join with the other Rotary clubs in Lincoln to host Salute to Business (in April they’ll recognize TMCO) and each fall they distribute dictionaries to every fourth-grade student in Lincoln.

Rotary 14 was the 14th Rotary Club founded in the world and is among the largest of more than 30,000 clubs in 150 countries.